dicembre 19, 2014
The skull of Stephanorhinus kirchbergensis (Jäger, 1839)
(Mammalia, Rhinocerotidae) from Spinadesco (Cremona, Lombardia, Northern Italy): morphological analyses and taxonomical remarks – An opportunity for revising the three other skulls from the Po Valley. 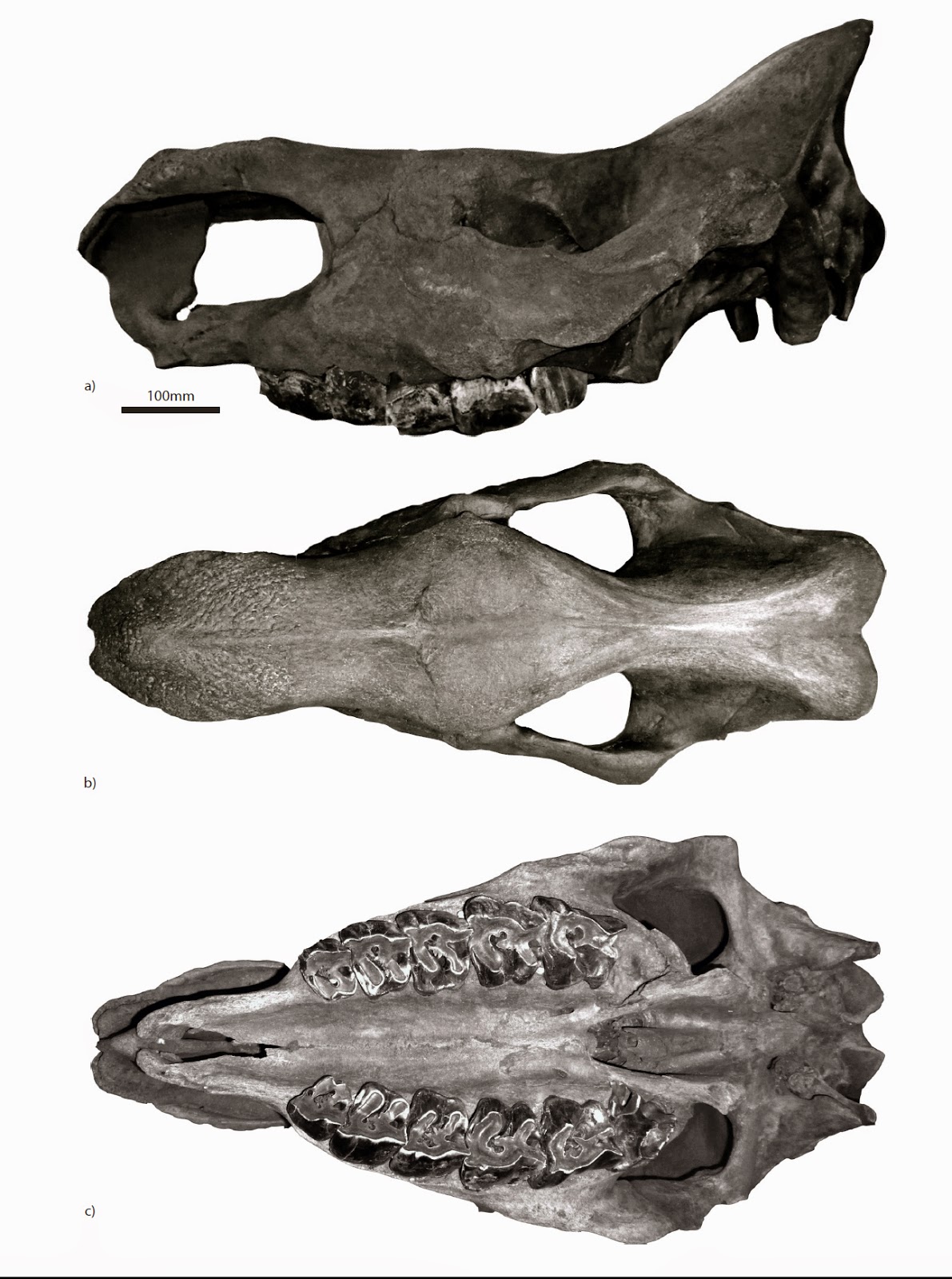 An extraordinary well-preserved fossil rhinoceros skull was accidentally discovered in June 2013 on the alluvial bar of Spinadesco (Cremona, Northern Italy), on the right bank of the Po river downstream from its confluence with the Adda river on territory of Spinadesco (Fig. 1).
The area, which is well-known for its numerous palaeontological quaternary discoveries, is composed of a long crescent-shaped meander bar (about 3 km), located along the northern side of Isola Serafini, just upstream from the confluence with the Adda river, towards the south-east, where the Po meets an artificial channel that flows into the meander becoming a single channel.
Ever since the seventies large fossils and palaeontological evidence have been discovered on this bar which do not show signs of having been transported by the river probably due to the intense erosion process generated by the natural morphology of the river, the hydrodynamic context generated by the confluence with the Adda river, the current generated by the functioning of the Isola Serafini hydroelectric power station and the possible presence of surface pleistocenic fossiliferous strata. In fact only the third left upper molar (M3) is missing from the skull probably due to a post-mortem trauma.
The fossil studied in this paper is comparable to three rhinoceros skulls discovered in neighbouring areas of the Po plain. They were found in various localities surrounding of the Po plain. The one found close to San Colombano al Lambro (Milano, Lombardia) was described as Rhinoceros Merchianus Etruriae by Caccia (1928) and was later re-documented by Cantaluppi (1969) as Dicerorhinus hemitoechus aretinus. Another one was discovered at Mezzana Rabattone (Pavia, Lombardia) by Anfossi et Cantaluppi (1987) who ascribed it to Dicerorhinus hemitoechus falconeri. The third one was found in the Torrente Stirone (Salsomaggiore, Parma, Emilia Romagna) by Cigala-Fulgosi (1976), assigned to Dicerorhinus hemitoechus intermedius.
As a genus name, Stephanorhinus was first introduced by Kretzoï (1942) in honour of Stephan I, the first King of Hungary. Stephanorhinus – as a still controversial genus in literature – is here in synonymy with Dicerorhinus/Dihoplus. 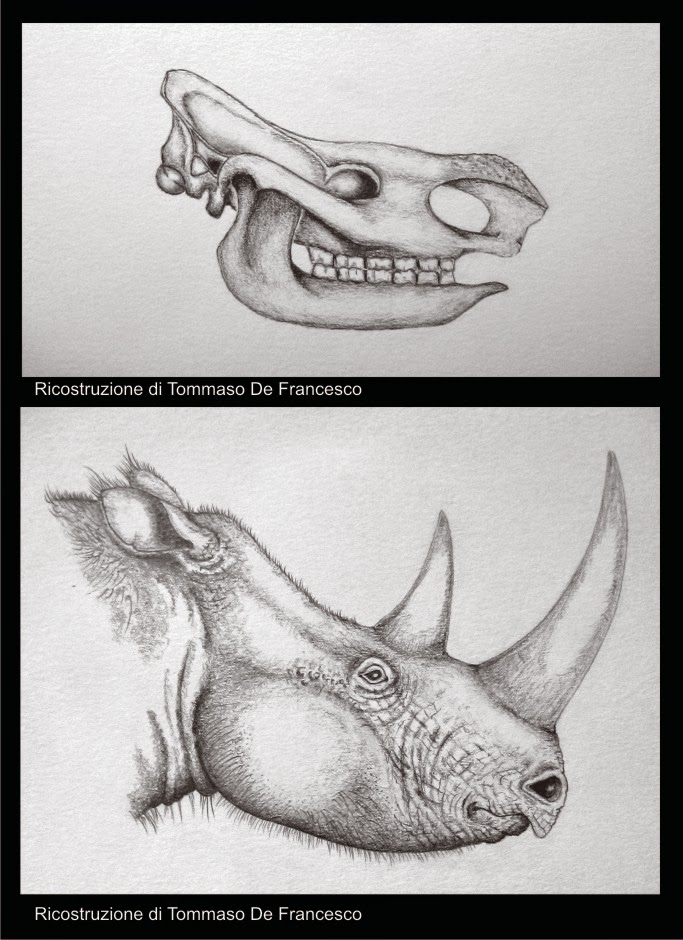 The taxonomic revision of the skulls from San Colombano al Lambro and from the Torrente Stirone put better in evidence the S. hundsheimensis distribution, a species always neglected in this area throughout the time.

The exceptional status of preservation of the skull from Spinadesco reveals every diagnostic trait for its specific classification, the complete dental series and the presence of some peat residuals that had been found between the folds of the tooth. These vegetal remains are characteristic of the sedimentary facies in which the bone fossilised and they are of the great importance for future palaeoecological investigations.
During the late Middle Pleistocene and Late Pleistocene glacial stages, this area included Veneto, Carso, Istria and Dalmatia due to the fact that the Upper Adriatic had surfaced.
Up to now, the studies on the rhinoceros fossils discovered in this area have been carried out on the three skulls found in the Torrente Stirone (Parma), San Colombano al Lambro (Milano), and Mezzana Rabattone (Pavia).
In addition to the above-mentioned skulls, other minor skeletal remains have been found along the Po such as two teeth and two radii (Bona et Corbetta, 2009). A premolar tooth, found in Torricella di Sissa (Parma), was referred to Stephanorhinus sp. (Persico, 2004), while it was only possible to determine the family for the other tooth and the two radii due to their poor preservation status and the strong resemblance of the post-cranial skeleton to the various forms belonging to the Rhinocerotidae family (Bona et Corbetta, 2009).
As is it well-known, Stephanorhinus was undoubtedly the most important European Plio-Pleistocene rhinoceros genus. It occurs with five species: S. jeanvireti (= S. elatus Croizet & Jobert, 1828), S. etruscus, S. hundsheimensis, S. hemitoechus and S. kirchbergensis.
In the middle Villafranchian the most widespread species was S. etruscus which became extinct at the end of the Upper Villafranchian. During the Early Pleistocene, preceded by a small form present in most parts of Western Europe (Mazza et al., 1993), S. hundsheimensis also appeared in large numbers yet died out at the end of the Upper Galerian. S. kirchbergensis and S. hemitoechus were also widespread in the Galerian, the latter which was used to the cold palaeoecological conditions became widespread in the post-Galerian and was the last representative of the genus to become extinct in the Late Pleistocene (Bona et Corbetta, 2009). 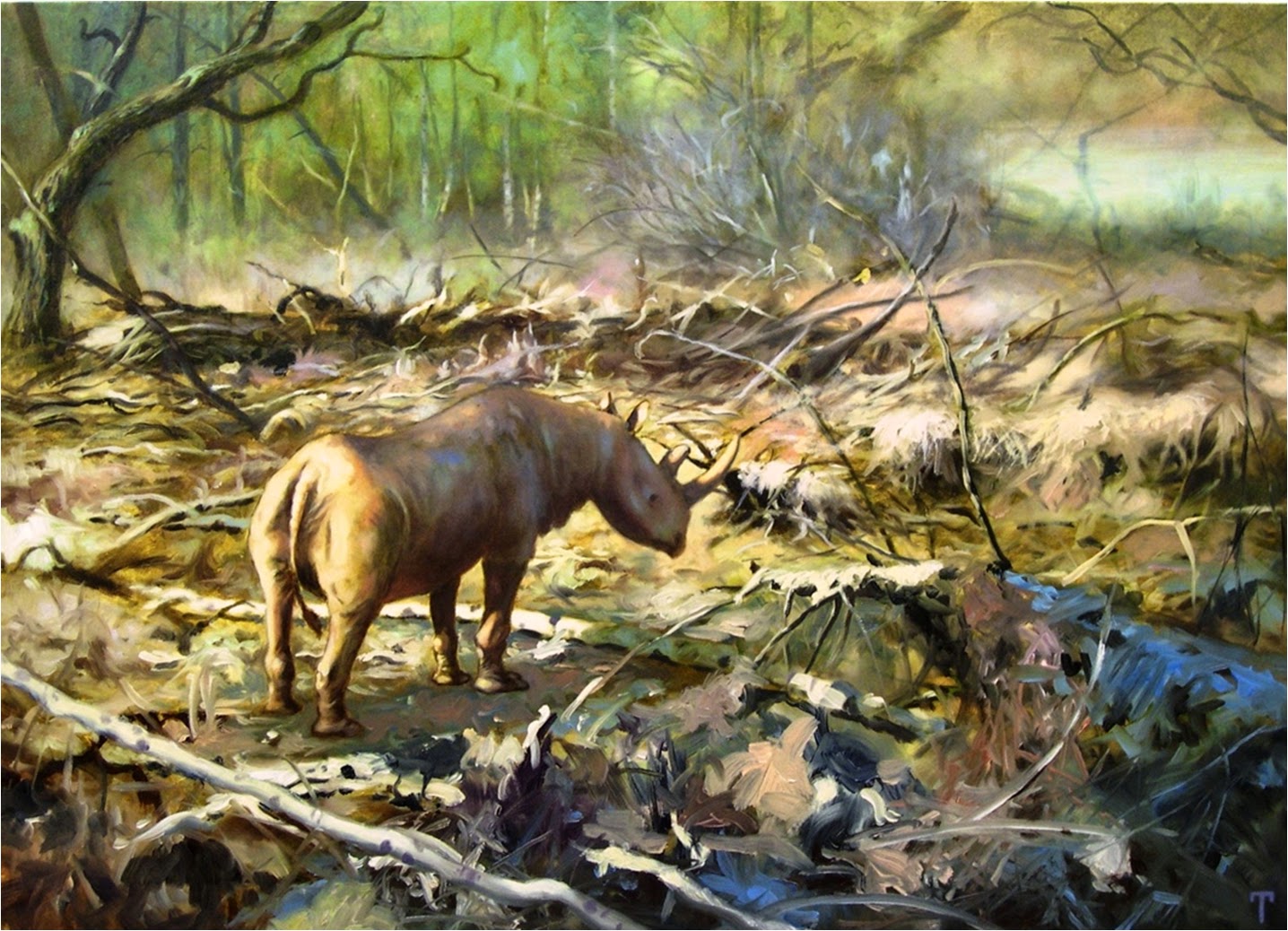 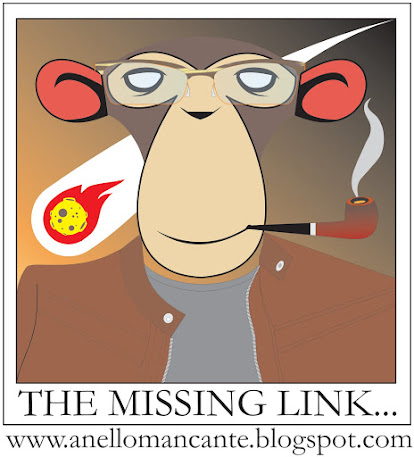 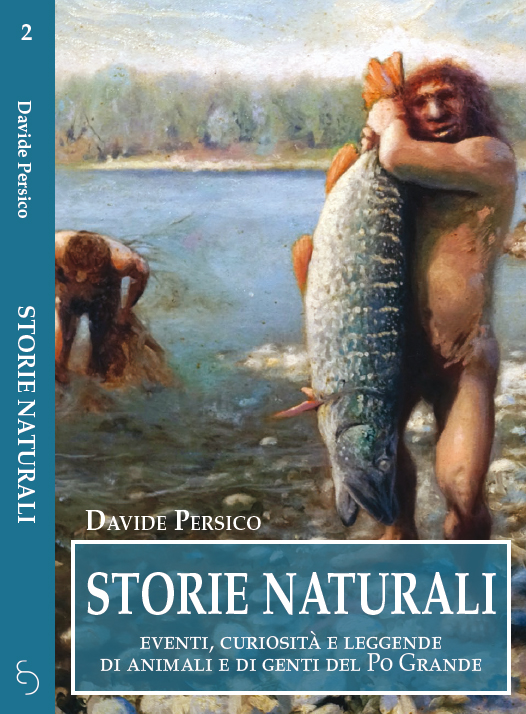 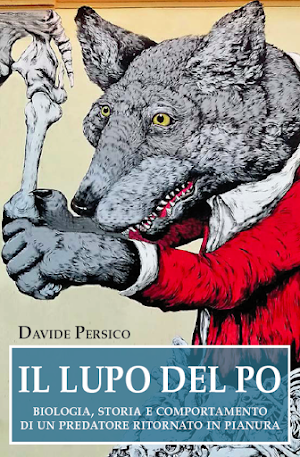 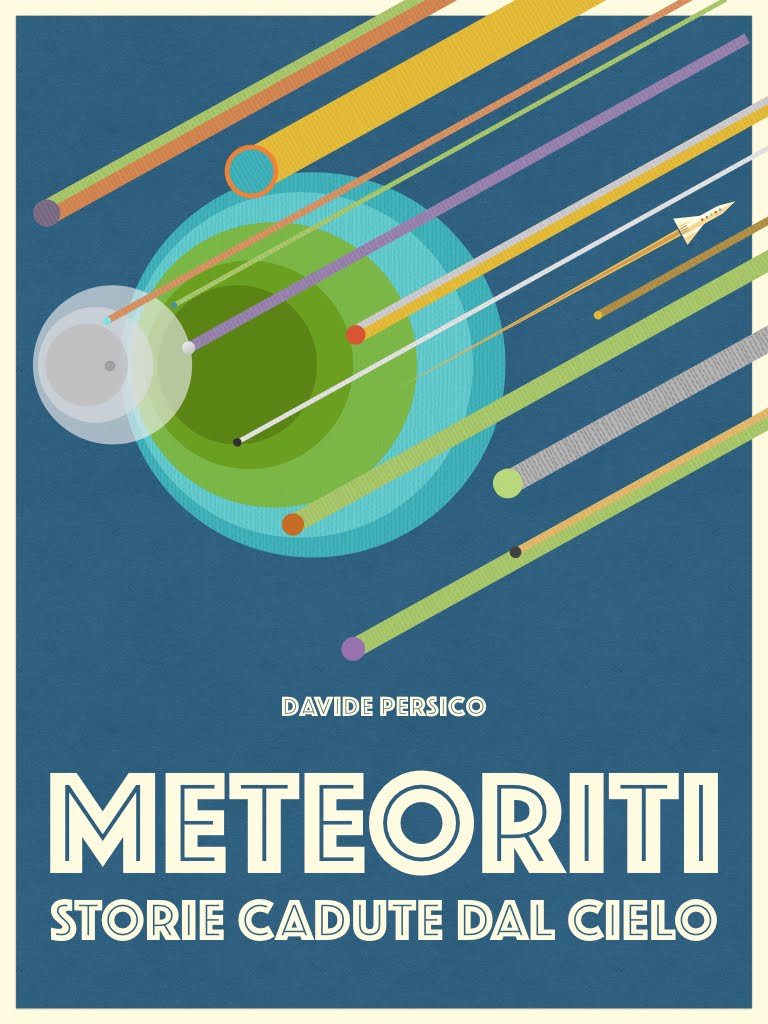 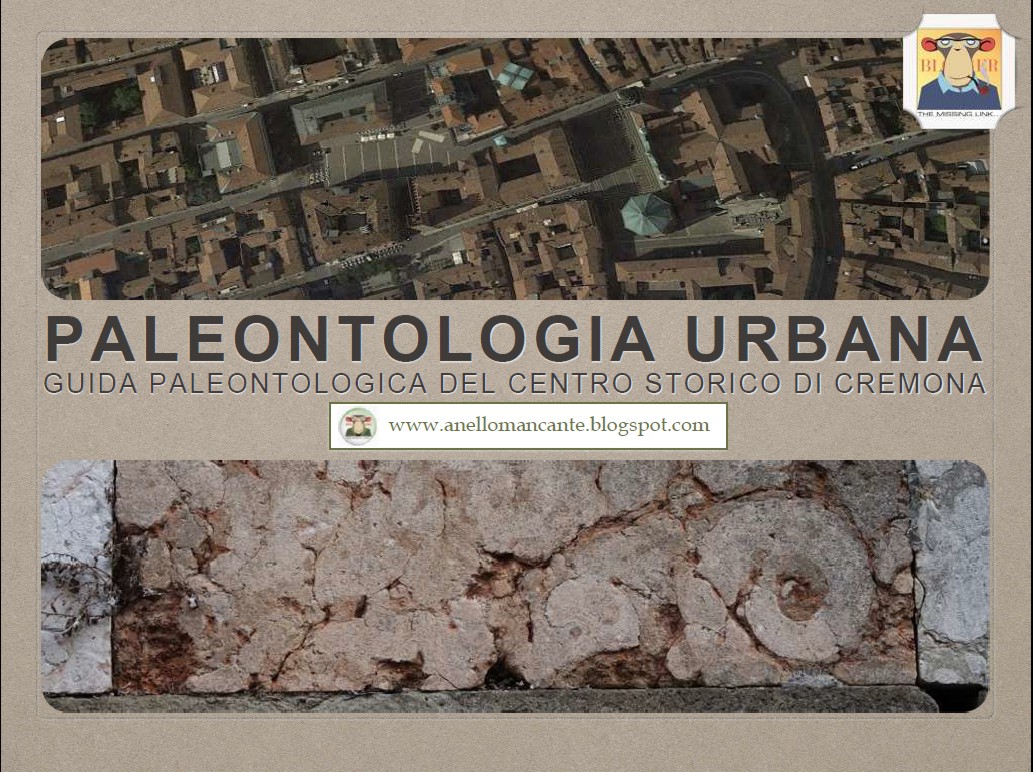